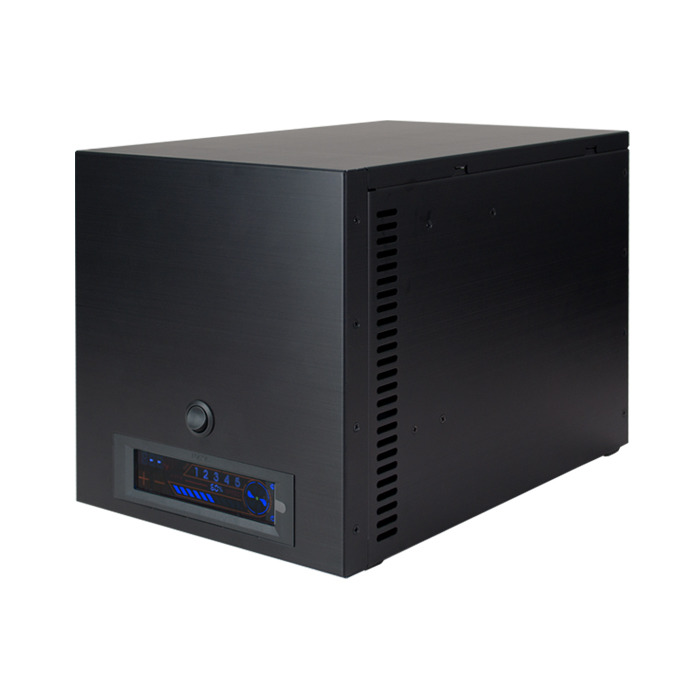 No Sales Tax except these states

DirectAirtm
DirectAirtm forces air directly into hard drives, keeping their temperature close to ambient, often resulting close to 100% of heat dissipation being removed, and keeping the hard drive cool. This not only increases HDD stability, but their efficiency as well. This allows the SC- RAIDT1  to operate 24/7 without worry of thermal run-away overheating and definitely prolongs the hard drive life expectancy.

Touchscreen Thermal Control
SC-RAIDT1 gives the end user complete control of thermal via the enclosure management, incorporated with a touchscreen thermal control panel, SC-RAIDT1 will monitor and control internal fans with a simple touch to the screen, whether for decrease / increase fan's RPM, or lower the trigger temperature

For sensitive data, end users can now encrypt entire file volume with our SC- RAIDT1+TrueCrypt. Our SC-RAIDT1 has been tested with TrueCrypt in Linux, MAC, and Windows. SC-RAIDT1 transfers up to 280MB/sec with encrypted files, thanks to an embedded IO processor in our controller to minimize usage of host CPU.

To use TrueCrypt in MAC, Windows, and Linux please go to: http://www.truecrypt.org/

SC-RAIDT1 is designed minimalist and modularization concept - meaning an upgrade and future improvement is possible - simply replace the newer or better module in the future to give is new breath of life.

Example: Replace Thunderbolt v2.0 module in when it becomes available or update the RAID engine for a better and faster performance.

PSU Over Rated
Many enclosures fail due the PSU (power supply unit) being too close, not providing much of a buffer or safety net margin. But, not with SC-RAIDT1. We use a hefty 300W PSU to insure the reliability of our enclosure. It is 120% over rated for the total power required by our SC-RAIDT1's total power consumption.